You wait for one flying taxi, then two come along at once 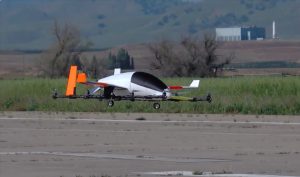 Just a day after I first talked about Lilium, the VTOL taxi, Uber has announced that it has selected Virginia-based Aurora Flight Sciences as a partner to develop electric vertical takeoff and landing (eVTOL) aircraft for its Uber Elevate Network.

“Uber is taking a big step forward toward making the world’s first VTOL network a reality and our partnership with Aurora Flight Sciences will help get us off the ground,” said Uber director of engineering Mark Moore. “The Elevate VTOL network will help improve urban mobility around the world and transform the way we travel.”

With the successful first test flight of Aurora’s eVTOL on 20 April 2017, the goal of delivering 50 aircraft for testing by 2020 is well within reach.

Aurora’s eVTOL concept is derived from its XV-24A X-plane program currently underway for the US Department of Defense and other autonomous aircraft the company has developed over the years.

“By drawing on our nearly 30 years of successful autonomy and robotic programs, Aurora is well positioned to deliver on this urban solution. We have already built and flown the first proof-of-concept aircraft and we’re excited to partner with Uber in accelerating the eVTOL initiative.”

Jeff Holden, Uber’s chief product officer, said the eVTOL aircraft will be piloted when they make their debut in 2020, but will ultimately achieve full autonomy. 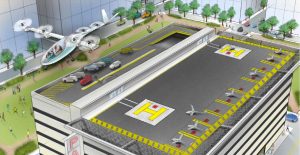 The partnership agreement provides the basis for a system of urban transportation solutions that will enable users of the Uber Elevate Network to request an Aurora eVTOL aircraft via Uber’s computer or mobile software applications.

With the successful first test flight of Aurora’s eVTOL on 20 April 2017, the goal of delivering 50 aircraft for testing by 2020 is well within reach.