In November, a drone called ‘Dru’ successfully delivered a Domino’s pizza to an address just north of Auckland, New Zealand.

Domino’s claimed that it was the first ever unmanned aircraft to successfully carry out an autonomous pizza delivery.

For foodies, you need to know 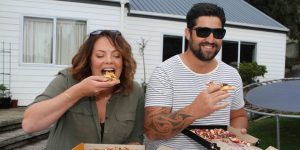 that Emma and Johnny Norman’s order was a peri-peri chicken and a chicken and cranberry pizza.

For techies, the manufacturer of the drone is Flirtey – and ‘delivery-by-drone’ trials are already scheduled for Australia, Belgium, France, the Netherlands, Japan and Germany, while the UK and other markets are also being considered. 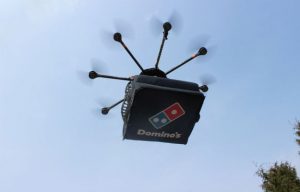 In an interview, Domino’s CEO Don Meij said the aerial technique could catch on, as it beats traffic and cuts waiting time.

“The Dru drone by Flirtey offers the promise of safer, faster deliveries to an expanded delivery area, meaning more customers can expect to receive a freshly made order within our ultimate target of ten minutes. 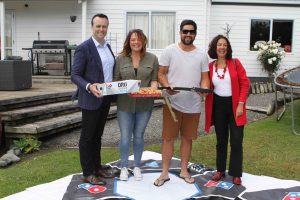