For the past couple of weeks, logistics company Swiss Post, the Ticino EOC hospital group and US-based drone manufacturer Matternet have been successfully conducting test drone flights between two hospitals in Lugano, Switzerland 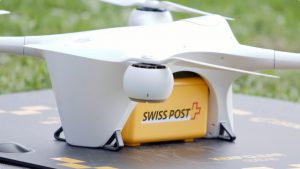 Over 70 tests flights between the two hospitals have been carried out and there are now plans to establish a regular service by 2018.

Swiss Post claims that this is the first ever commercial deployment of drones in an urban area. While operating drones in towns and cities faces many risks, in a statement Swiss Post said that it has been working with the country’s aviation regulators since tests began earlier this year.

In a press release, Swiss Post said: “The regular use of drones between the two hospitals will become an everyday occurrence. Trained hospital staff will be able to load the drone independently with a safety box (in which the lab samples are packaged) and launch the drone with a smartphone application. The drone will then fly autonomously along the predefined route to its destination, where the box will be received by another member of staff.” 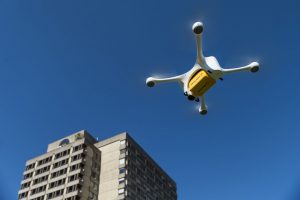 Matternet’s drones have a range of 20 kilometers, and a top speed of 36 kilometers per hour – with a load capacity of up to 2 kg, making them ideal for medial use. Infrared sensors assist takeoff and landing, and in the event of an emergency, the drones have a built-in parachute to ensure they fall safely to the ground.

Previous Post Domino’s robot pizza deliveries reach Europe Next Post Is it a drone? Is it a droid? Meet Panther – it flies and drives!